Should we not judge? Christianity Today asked several Christian leaders to weigh in on whether we should continue to study works by fallen pastors. The reason for the question was the removal of all of the books of James MacDonald from America’s largest chain of Christian bookstores, LifeWay Christian Resources. 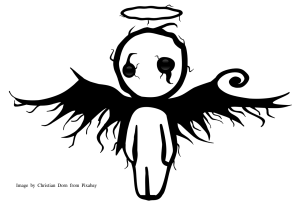 LifeWay, the publishing arm of the Southern Baptist Convention, decided to stop selling titles by former Harvest Bible Chapel pastor James MacDonald after his termination this week, taking down all 58 of his items from its website. MacDonald has been accused of several wrongdoings over the past few years.

The world-famous Christian apologist Ravi Zacharias, who passed away last year, has also been accused of a lot of wrong-doing after he died from a rare form o f cancer. And the list doesn’t stop there.

Should we continue to study works by these fallen pastors? Some argue that we find a lot of examples in the Bible of people that were considered ‘bad’ whom were used by the Lord for a specific purpose. To name a few: Moses, who killed a man. David, an adulterer (amongst other things), Peter, Paul .. Is this a valid argument?

“Brothers, think of what you were when you were called. Not many of you were wise by human standards; not many were influential; not many were of noble birth. But God chose the foolish things of the world to shame the wise; God chose the weak things of the world to shame the strong.” “But we have this treasure in jars of clay to show that this all-surpassing power is from God and not from us” (1 Cor. 1: 26, 27; 2 Cor. 4:7, NIV).

David had too much blood on his hands and was therefore not allowed to build the Temple. If a pastor has too much “blood on his hands”, he too can no longer build the temple, the Body of Christ, and must lay down his task as a pastor. But! That does not mean that the ministry has come to an end. Someone can still be of great use.

There is, however, one important condition.

David was still allowed to serve his people as a leader because he repented of his sin. “Hide your face from my sins and blot out all my iniquity.” (Ps. 51:9). He didn’t hide his sins. We still know about them today and for a good reason: so we can all learn from it!

From him the Redeemer, our Lord Jesus, was born. As humans, we judge quickly. We look at people. God sees the heart. However, if the heart is unrepentant then the legacy of a fallen leader must be wiped out. Especially if they have deliberately misbehaved and used their position just to gain personal advantage at the expense of others.

However, let’s not forget the words of our Lord Jesus:
— “in the same way you judge others, you will be judged, and with the measure you use, it will be measured to you” (see Matthew 7:1-5).

Should we not judge?

Should we not judge at all? Well, we cannot let sin go on. We are called to have a correct judgement (John 7:24). But we should also remember what the potter did:

“So I went to the potter’s house, and I saw him working at the wheel. But the pot he was shaping from the clay was marred in his hands; so the potter formed it into another pot, shaping it as seemed best to him” (Jer. 18:3-4, NIV).

A broken vessel, or failed pottery, can sometimes still be of great use. Or even better use! It is, however, up to us if we repent and are willing to be reshaped to something that can be used.