It feels like light-years ago when I met my friend Doris. We have had a long distance friendship for many years. And there are a few small but precious pins that remind me off her, as well as my father, regularly.

I was running a Bulletin Board System (BBS) from 1992 until Januari 1, 2000. The y2k bug hit and the software wouldn’t work anymore. Apart from that, the internet had already become big. So I pulled the plug and concentrated on the internet as ministry-field. I started my first website in 1996 and it was an instant hit. Since there weren’t many Christian websites (in the Netherlands) yet, especially no websites offering the materials we did with the predecessor of Yarah Ministries. 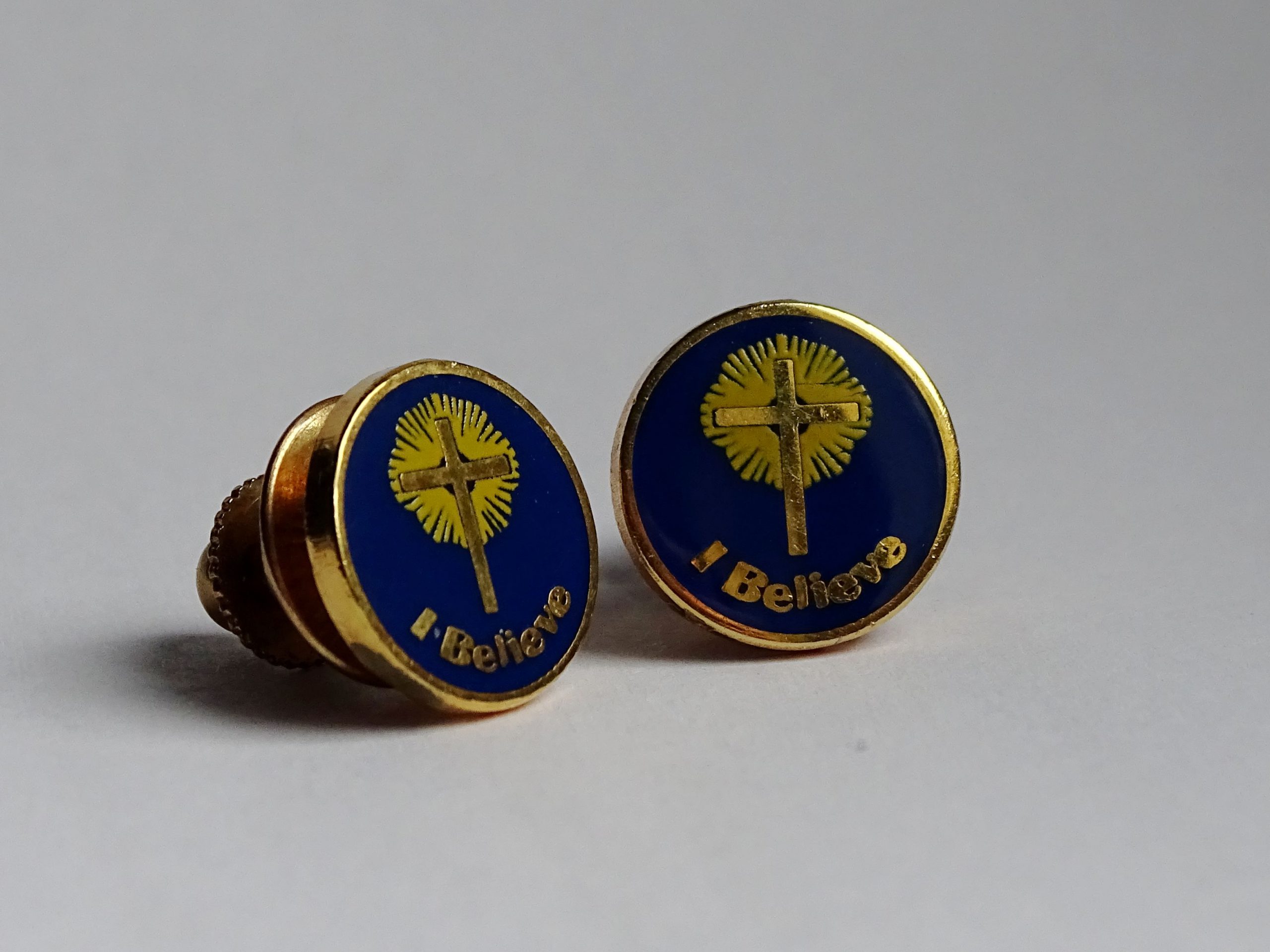 Anyway – back to my friend Doris! She’s a lady from Canada and was also running a BBS. I can’t remember exactly trough what network we got to know each other. Probably the ProBoard BBS systems users network or FidoNet.

We became friends, trough the BBS-networks, and since I was working in IT and was a little more experienced with BBS-systems I answered questions she might have but above all: we were, are, both believers. So there was a lot of talk about spiritual things in the messages we’ve been sending to each other as well. In fact, that has been the main subject for years 🙂

After the BBS-systems were becoming less popular, because more and more people started using the internet, I started a website and later on my own webhosting business. My friend Doris also started a website and I have had the honor to host it for many years. After many years she pulled the plug on the website because of several reasons and we, sadly, lost contact. Until about two years ago when I found her to be on Facebook!

So, in short: we’ve known each other now for almost 30 years!

The “I Believe” pins

Recently my father passed away, in february, and my mother gave me a little pin he was always carrying on his suit. I have the same pin. As you can see it has a cross and “I Believe” written underneath. I wear it on special occasions (since that’s when I wear a suit), for example when I had to preach at the funeral of one of the members of our Bible group and at some other speaking engagements.

These small pins where a gift from my friend Doris. We have kept them all these years and have always been very careful with them. We got these pins in the early 90s from her so they’ve been with us for at least 25 years.

These pins might not have cost a fortune. For me they, however, were a token of friendship and there is no price tag you can put on friendship. That is worth more than a fortune! Now that I also have the pin of my late father it has become of even more value to me. A token of friendship from my friend Doris, that has always stayed with me, and a tangible reminder of my deceased father and his work in teaching the Gospel.